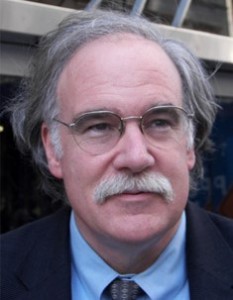 The Tenants Union of Washington State has invited Timothy L. Collins to talk about how rent regulations have worked in New York City.

Mr. Collins was Executive Director and Counsel of the New York City Rent Guidelines Board for seven years, managing a research and administrative staff for a board that sets rents for one million housing units in New York City. He has an unmatched grasp of the on-the-ground realities – economic, political, social and legal – of New York City and state rental housing and efforts to keep it affordable.

Mr. Collins also served as Assistant Attorney General of New York State in the Real Estate Finance Bureau, and as Assistant Counsel in the New York City Office of Rent and Housing Maintenance. He is currently a partner in the law firm of Collins, Dobkin and Miller LLP in New York City, and teaches constitutional history at Pace University there.

Mr. Collins will address both the controversies around rent regulation and the question of home rule for cities on housing issues.