As you likely know, last Friday was May 1st, also known as International Workers Day.  On this day around 5,000 demonstrators rallied together to march for Workers and Immigrant Rights, an event organized by El Comite.  Fridays are my day off so I decided to take part in the march for this important cause! 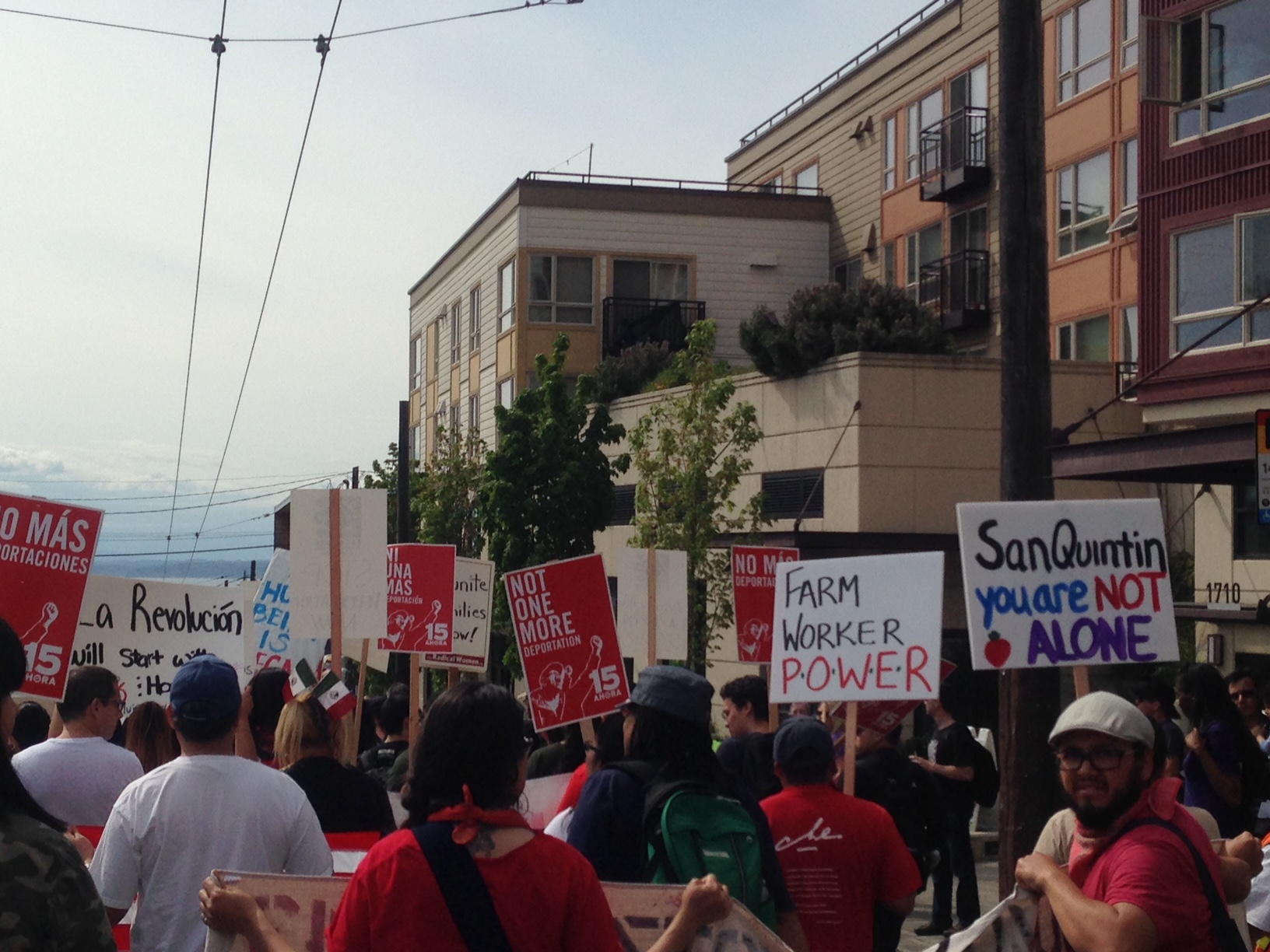 My year long internship is run through the Justice Leadership Program of the United Church of Christ, a program founded on the principles of taking action through advocacy, calling for systemic change.  This is well alined with the Coalition’s work and it has been great to learn from the organizations other interns are placed at as well.  I had the opportunity to march alongside one of my co-interns who is serving at Faith Action Network; another of my co-interns has been organizing around immigration reform and rights as well this year.  It was special to be part of such a powerful and peaceful march and be working with others across the community to speak up for the rights of ALL people in our community, not just those who are US citizens, not just those who don’t face racial prejudice, and not just those who have a place to call home. 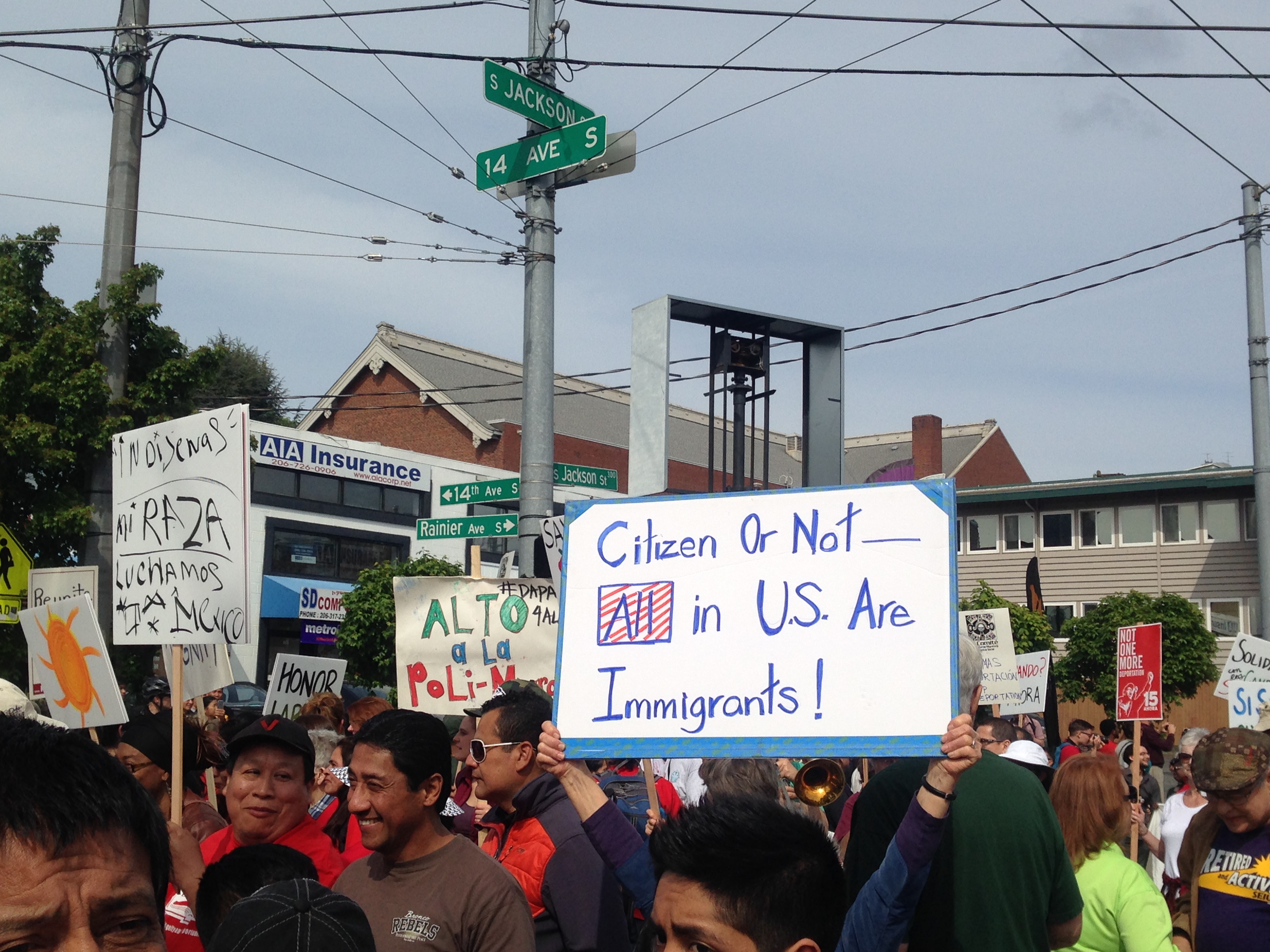 The march ended with a program in front of the U.S. District Courthouse downtown where messages were shared and calls to action made.  “The selection of the site was very deliberate, as organizers made note to demonstrate in opposition to the U.S. District 5 Court’s challenge to the DACA/DAPA program, which if implemented by the Obama administration, would have provided relief and a temporary deferral of deportation for many undocumented students and their parents (El Comite).”

Marchers also spoke up against police brutality and racial injustice.  Anna Hacmkan, one of the organizers of the march, perfectly hit on the intersections of our work around homelessness, racial justice work, and immigrant rights work: “Many immigrants experience not only discrimination based on their documented status, but are also relegated to the social and economic margins. Many are forced into low paying jobs, and have interactions with law enforcement that closely resemble the interactions that native born people of color experience with police (El Comite).” 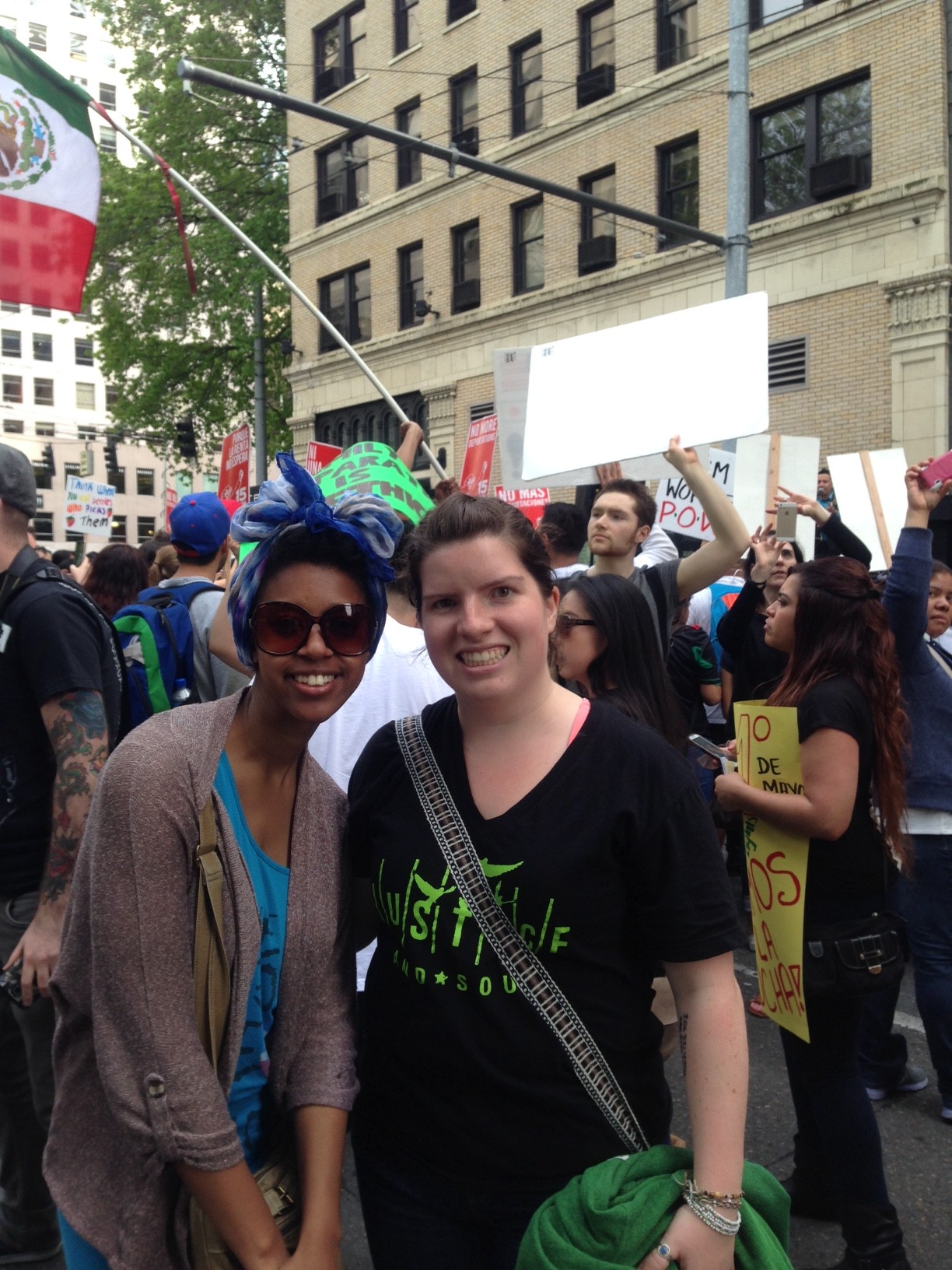 This peaceful demonstration was a good reminder of the power that community holds when rallying together and inspired me to keep being part of such intersectional demonstrations and movements, working toward making our community the best it can be for all.