Every year we advocate for more shelter and expanded shelter hours. Your advocacy in the fall helped open the 420 4th ave shelter (Zombie Building) for 50 beds, now spread the word that these 150 beds are open until further notice! See details below, PRINT & POST THIS PDF, and contact Janice Hougen with any questions.

Open Every Until Further Notice

Open Every Night Until Further Notice

Every year Coalition advocates speak up in support of the most possible hours and beds for the King County Winter Shelter (currently operating in the King County Administration Building).  Your postcards helped influence the following motion passed on Monday, November 9, 2015. Thanks for speaking up!  We encourage you to read the motion below.

Highlights of what the motion says:

A. The King County council supports efforts to expand the capacity of the King County Homeless Winter Shelter from fifty to up to one hundred fifty beds for winter 2015-2016.

B. The King County council supports providing a location for an expanded King County Homeless Winter Shelter for winter 2015-2016, either at the current location of the King County administration building or at another King County-owned facility in downtown Seattle, or at both, and identifying new funding partnerships sufficient to cover any combination of rent, utilities, security and facility improvements as needed.

C. The King County council, as part of its continuing partnership with the city of Seattle in addressing the crisis of homelessness, encourages the city to renew its support for the King County Homeless Winter Shelter by appropriating funding sufficient to cover the costs of shelter management for up to an additional one hundred beds for winter 2015-2016.

Please share information about severe weather shelters with your clients and the community.  Check back for frequent updates about openings. Information can also be found here.

The emergency shelter serves men and women over the age of 18 and is operated by Salvation Army Staff. The Rainier Room at the Seattle Center is located at 305 Harrison Street just to the north of Key Arena.  This shelter is open access.  Referral forms are NOT required.

Check out this article with a Call to Action from Alison Eisinger to contact your councilmembers today!  Councilmembers vote on the budget this week and need to hear from you.  Scroll down for messaging.

In 2005, housing advocates in King County announced a plan to end homelessness within a decade.

Despite those improvements, and even as the economy booms in the region, the homeless population continues to inch higher.

“Last year, we had 10,000 households that were homeless in King County and 5,000 of them were newly homeless,” said Mark Putnam, director of the Committee to End Homelessness in King County.

The fast rising rents, low vacancies and high cost of living in the Seattle area have pushed more people to live in their cars or on the streets, according to advocates.

Some are newly arrived residents who were drawn to the area by the booming economy.

“I’ve heard many a story of people that thought moving here with a couple thousand dollars would be enough for them to get on their feet, find a job settle and kind of settle in, and it’s not,” said Putnam.

Putnam said housing advocates will be asking state lawmakers to put $100 million more into the housing trust fund in the next budget. That pays for the construction of affordable housing across the state.

In Seattle, homeless advocates are looking for an additional $1 million to add emergency shelter beds this winter.

“There are opportunities right now for both the  Seattle City Council and the King County Council to approve budgets that increase the capacity for places where people can be overnight during the winter months,” said Alison Eisinger, director of the Seattle/King County Coalition on Homelessness.

Legislation now under review would allow an encampment to stay in one place for about four months, one month longer than is currently allowed.

Homeless residents testified in favor of the legislation before the King County Council this week.

“If it wasn’t for Tent City 3 … I literally wouldn’t be here right now,” said Richard Barker. “It gives me a safe place …I wouldn’t survive out on the streets.”

The County Council will vote in December on whether to extend permits for homeless encampments. Council members are reportedly divided on whether to require tent city residents to submit to criminal background checks when they move into a new neighborhood.

Take Action to ensure more shelter beds inside next year:

Please call your King County Councilmember and leave this message: “I don’t want veterans [the homeless unsheltered] on the streets in my community. FULLY FUND the King County Winter Shelter in the 2015-16 budget. Bring 100 men inside from October through May. Don’t short-change homeless people.” The final budget is being put together THIS WEEK. Thank you!

Tell Seattle City Councilmembers that they should “Commit $1 million to address the unmet needs of homeless Seattleites for shelter and safety 24 hours a day.”

For more messages, check out our Advocacy Postcards.

Please share information about severe weather shelters with your clients and the community.  Check back for frequent updates about openings. Information can also be found here.

In response to forecasted low temperatures, the City of Seattle is opening Severe Weather Shelter at the Seattle Center Rainier Room on Tuesday, Wednesday, and Thursday nights, November 11th, 12th, & 13th.   The emergency shelter serves men and women over the age of 18 and is operated by Salvation Army Staff.  The hours of operation are 8:30pm to 7:00am.  The Rainier Room at the Seattle Center is located at 305 Harrison Street just to the north of Key Arena.  This shelter is open access.  Referral forms are NOT required.

Until power is restored, the following Warming Centers and Shelters will be in place:

The City Renton is partnering with Catholic Community Services to open the Severe Weather Shelter (SWS) at Renton Harambee Center, due to dangerously low temperatures.This Severe Weather Shelter will be open TONIGHT, Wednesday November 12th. 8:30PM – check in and registration, 8AM – shelter closes, all must vacate.  All are welcome. The SWS is available for single women and men, couples, and homeless families with children who are living on the streets or in vehicles; separate sleeping spaces have been prepared for men, women, and for families with children. The SWS will be operated by Catholic Community Services staff and volunteers from the greater Renton community. All must register at the door. As with all shelters, rules for the health and safety of clients, staff and the broader community will apply. For more information please contact the City of Renton, Human Services office at 425-430-6600. 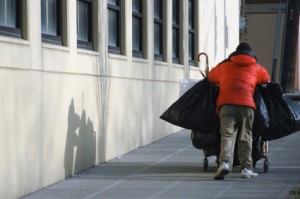 King County recently announced the opening of two county-funded shelters to respond to the demand for additional services during the winter months. Please make sure to share this information widely.

For more information on the shelters, please contact Janice Hougen with King County Community Services Division at (206) 263-9089 or janice.hougen@kingcounty.gov.

As service providers, we understand the power of effective advocacy. But, advocacy fails in the absence of a strong, cohesive voice that is willing to talk about the issues that affect us the most. We need to speak up not only to protect current human services programs taking care of our neighbors in need, but also to nurture the growth of additional resources to aid our work in ending homelessness. If you feel King County would benefit from stronger services for individuals and families experiencing homelessness, join us this month at one of SIX platforms where we can have our collective voice heard. Check out this blog post with more information on Seattle City and King County Budget Committee Hearing Dates and commit to joining us as we speak up on behalf of the communities and people we serve.

And – remember how we added funds for emergency shelter for families with children during the Seattle budget process last fall?  Following a fast RFP, the staff at Mary’s Place is preparing to shelter up to 80 people (25-30 families) at a new shelter ~ doors will be open by May 1, if not before.

As we were bidding farewell to 2013, Alison and I discussed what we’d like 2014 to look like for the Coalition’s Everyone Counts blog.  One idea that we’re running with is to post a recap after every General Member Meeting. 2013 was a great year for our Coalition, and one we want to build off of in 2014. So, here to ring in this New Year with our new tradition is a Recap of December’s General Member meeting.

As a reminder, the General Member Meeting takes place every third Thursday of the month from 9.00 – 11.00 a.m. at the East Cherry YWCA (2820 E. Cherry Street in Seattle). For more information, check our website’s Members’ tab for a link to the ‘Committees & Meetings’ page, or simply follow this link to take you there directly. Our next General Member Meeting is Thursday, January 16, 2014.

Save these dates on your calendar:

We look forward to seeing you at the next General Member Meeting on Thursday, January 16, 2014! And be sure to check back here for a Recap following each meeting.

Something unprecedented and special happened in our community this spring.  Winter shelters, which usually close on March 31, were extended, first through April 15, and then all the way through June 15th.  While we are all basking in the sunshine at the moment, it’s worth remembering how unpredictable our northwest weather is.  In the last few weeks we have had cold rain, wind, and temperatures near freezing.  The weekend before shelters were scheduled to close on April 15, a hail storm in Seattle highlighted the urgent need for year-round shelter in our city.

Winter shelter was extended at three locations in Seattle: King County Administration Building (100 men), Seattle City Hall (75 men & women), and at the YWCA’s Angeline’s Center (40 women).  There are many people and organizations who collaborated to accomplish this broadening of shelter. Thanks to strong collaboration, persistence, leadership and effective advocacy, 215 men and women will not be left to fend for themselves through rain, hail, cold and darkness. Instead, they will be inside: safe, dry and warm.

Today we hand delivered thank you cards signed by Coalition members to the leadership in Seattle and King County who helped make winter shelter a reality in our community: Seattle City Council; King County Council; Executive Constantine; Mayor McGinn; Director of King County Community & Human Services Department, Ms. Jackie MacLean; Director of Seattle Human Services Department, Ms. Dannette Smith.  Please also send your own note of thanks to any and all people listed above – without their leadership, we would not have been able to extend winter shelter.