Here is a brief recap of the meeting:

I: Voting Updates and Resources:

The two recommendations in the Health and Overdose Prevention section were to expand the distribution of naloxone and to establish at least two Community Health Engagement Locations/Supervised Consumption Sites. Naloxone is a drug that blocks the effects of opiates, thereby reversing opiate overdose. Click here for more information about naloxone and here for information on how to recognise an overdose. Supervised consumption sites are public health facilities that offer a safe, hygienic place where people can use their own drugs under medical supervision. These sites reduce the spread of HIV and hepatitis-C by providing sterile equipment and safe disposal for used needles, prevent deaths caused by overdose, decrease public drug use and drug-equipment litter, and provide access to health and social services. The task force specifically recommended consumption sites as opposed to injection sites because broader guidelines allow drug users to move away from injection to safer methods of drug consumption. For more information on supervised consumption sites visit the Yes to SCS facebook page. Click here for information on the effects of supervised consumption sites in other cities.

The Treatment Expansion and Enhancement recommendations are to increase access to buprenorphine and remove barriers to treatment. Buprenorphine is a medication that can be prescribed to treat opioid addiction, unlike similar medications each dosage does not have to be administered by a medical professional which makes it more accessible. Click here for more information on buprenorphine. Recommendations for reducing barriers to treatment included developing on demand treatment for all types of substance use disorder treatment services and removing certain restrictions that opioid treatment programs have. 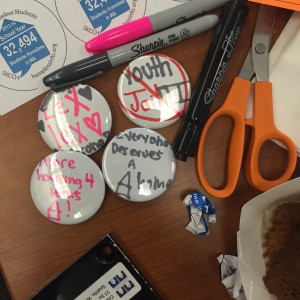 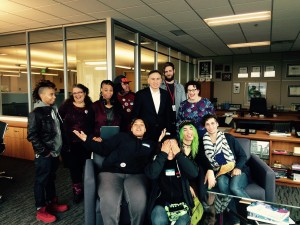 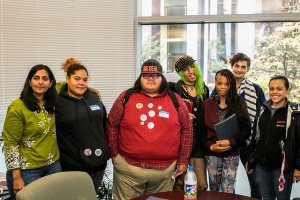 The Coalition on Homelessness needs YOUR help to make sure that everyone in our community knows how to vote in the November 3, 2015 General Election.  This year the Coalition and Member Organizations, thanks to great staff and volunteers, helped 188 homeless and unstably housed people register to vote, and we want to make sure that each of them, and anyone else you work with, know how, when, and where to turn in ballots, as well as what to do if they haven’t received their ballot. Please share this information and call King County Elections (206) 296-VOTE (8683) if you have any voting related questions.

Another opportunity to TAKE ACTION: Join Coalition members on Tuesday, October 20 at the Seattle City Council Budget Hearing (Seattle City Hall: 600 4th Ave, Seattle, 98104) to tell your elected officials why it is necessary to fully fund Human Services.  Check out this Action Alert from the Seattle Human Services Coalition for more information. We need your help to fill the room in support of human services.

Ballots can either be mailed in (with first-class stamp, postmarked by Tuesday, November 3), or dropped off at a Ballot Drop Box (24 hours/day – see below) or Ballot Drop-Off Van (daytime hours 10/31, 11/2-11/3 – see below). You can also download a word document of this information.

ACCESSIBLE VOTING LOCATIONS:
If you need special equipment to vote, or you have not received a replacement ballot by election day, you may request a provisional ballot in person at one of these locations. Visit King County Elections for more information and hours.