Thank you to the 100+ people who filled the room for our June 15 General Membership Meeting! It was an important agenda (click here to view): a presentation and discussion about Seattle’s Homelessness Services RFP with Catherine Lester, Director of Seattle’s Human Services Department, as well as a Coordinated Entry for All Listening Session with Mark Ellerbrook, Regional Housing and Community Development Manager with King County Department of Community and Human Services. Handouts and materials related to these presentations are at the bottom of this post.

We shared timely information about State (ESHB 1570 & Budget) and County (Veterans, Seniors, and Human Services Levy) Advocacy priorities as well as the Coalition’s Voter Registration work. Please follow up on the Action Alert below!

Did you fill our our Voter Registration & Candidate Questionnaire survey? If not, click here to let us know what information you want people running for elected office to know about homelessness, plus, information about voter registration work at your organization.

There are crucial issues before King County Council and the State Legislature —
Lawmakers need to hear YOUR voice!

Veterans, Seniors, and Human Services Levy Renewal: Let King County Councilmembers hear from YOU as they decide whether to increase (yes!) or reduce (no!) Executive Constantine’s recommended funding package and put the levy before voters this November.

Send a personalized note to County Councilmembers: Renew and extend the Vets, Seniors, and Human Services Levy. Help close the gap between what people in our community need and deserve, and what we are providing. Build on Executive Constantine’s proposal to ensure robust continued support for helping veterans, families, and seniors across King County.

Need to know your State and County Districts?
Look them up: tinyurl.com/kcdistricts and check out LWV’s They Represent You

Our friends at Catholic Community Services want to make sure that case managers across our region know about this funding opportunity! Click here for a flyer and read on for details.

Catholic Community Services has funding available for King County, Snohomish County, and Pierce County residents for move-in cost assistance through The Hunthausen Fund. This funding is referral-based; Case Managers will complete the application with potential recipients and send it to us for review. If the individual meets all of the outlined requirements and the application is complete, payment will be made directly to the landlord for First Month/Last Month/Deposit (as funding permits). This source is specifically for individuals and families moving from homelessness into public or private permanent housing. Unfortunately, we cannot assist with move-in for transitional housing at this time.

If you’d like to get more information, please review the Program Overview or contact Victoria Anderson (425) 679-0340 or James Tolbert (253) 850-2505 with any additional questions you may have. Please also feel free to tell members of other agencies, as this funding is available to all service providers’ clients, so long as the individual meets the program requirements. Thank you, and we look forward to working with you to get your clients housed!

The City of Bellevue and King County are working in partnership with Congregations for the Homeless and Imagine Housing to create a permanent men’s shelter which would include 100 emergency beds, a day center and cafeteria, as well as 50 units of permanent housing. We fully support the proposed shelter, but not all community members do. Read this Seattle Times article for more information about the proposed shelter and discussions it has sparked. We encourage you to express your support to the City of Bellevue and King County!

Monday, Nov. 28th at 6pm at Bellevue City Hall (450 110th Ave NE, Bellevue): The Bellevue City Council will receive an update on the proposed shelter and permanent supportive housing project at an extended study session. The meeting will begin with a 30-minute period for oral comments to the council. We encourage you to show up to this meeting and publicly express your support!

If you can’t show up on the 28th, send advocacy postcards to the Bellevue City Council and King County Council (note that you need to put it in an envelope to send, it’s too big to be mailed on it’s own)! (Click here for a pdf of the postcard). Or email your comments directly to the Bellevue City Council at eastsidemensshelter@bellevuewa.gov or to key King County Councilmembers Claudia Balducci (claudia.balducci@kingcounty.gov) and Reagan Dunn (reagan.dunn@kingcounty.gov).

For more information on the shelter including facts on homelessness in Bellevue, community outreach efforts and FAQs, visit the city’s webpage here.

Here is a brief recap of the meeting:

I: Voting Updates and Resources:

The two recommendations in the Health and Overdose Prevention section were to expand the distribution of naloxone and to establish at least two Community Health Engagement Locations/Supervised Consumption Sites. Naloxone is a drug that blocks the effects of opiates, thereby reversing opiate overdose. Click here for more information about naloxone and here for information on how to recognise an overdose. Supervised consumption sites are public health facilities that offer a safe, hygienic place where people can use their own drugs under medical supervision. These sites reduce the spread of HIV and hepatitis-C by providing sterile equipment and safe disposal for used needles, prevent deaths caused by overdose, decrease public drug use and drug-equipment litter, and provide access to health and social services. The task force specifically recommended consumption sites as opposed to injection sites because broader guidelines allow drug users to move away from injection to safer methods of drug consumption. For more information on supervised consumption sites visit the Yes to SCS facebook page. Click here for information on the effects of supervised consumption sites in other cities.

The Treatment Expansion and Enhancement recommendations are to increase access to buprenorphine and remove barriers to treatment. Buprenorphine is a medication that can be prescribed to treat opioid addiction, unlike similar medications each dosage does not have to be administered by a medical professional which makes it more accessible. Click here for more information on buprenorphine. Recommendations for reducing barriers to treatment included developing on demand treatment for all types of substance use disorder treatment services and removing certain restrictions that opioid treatment programs have. 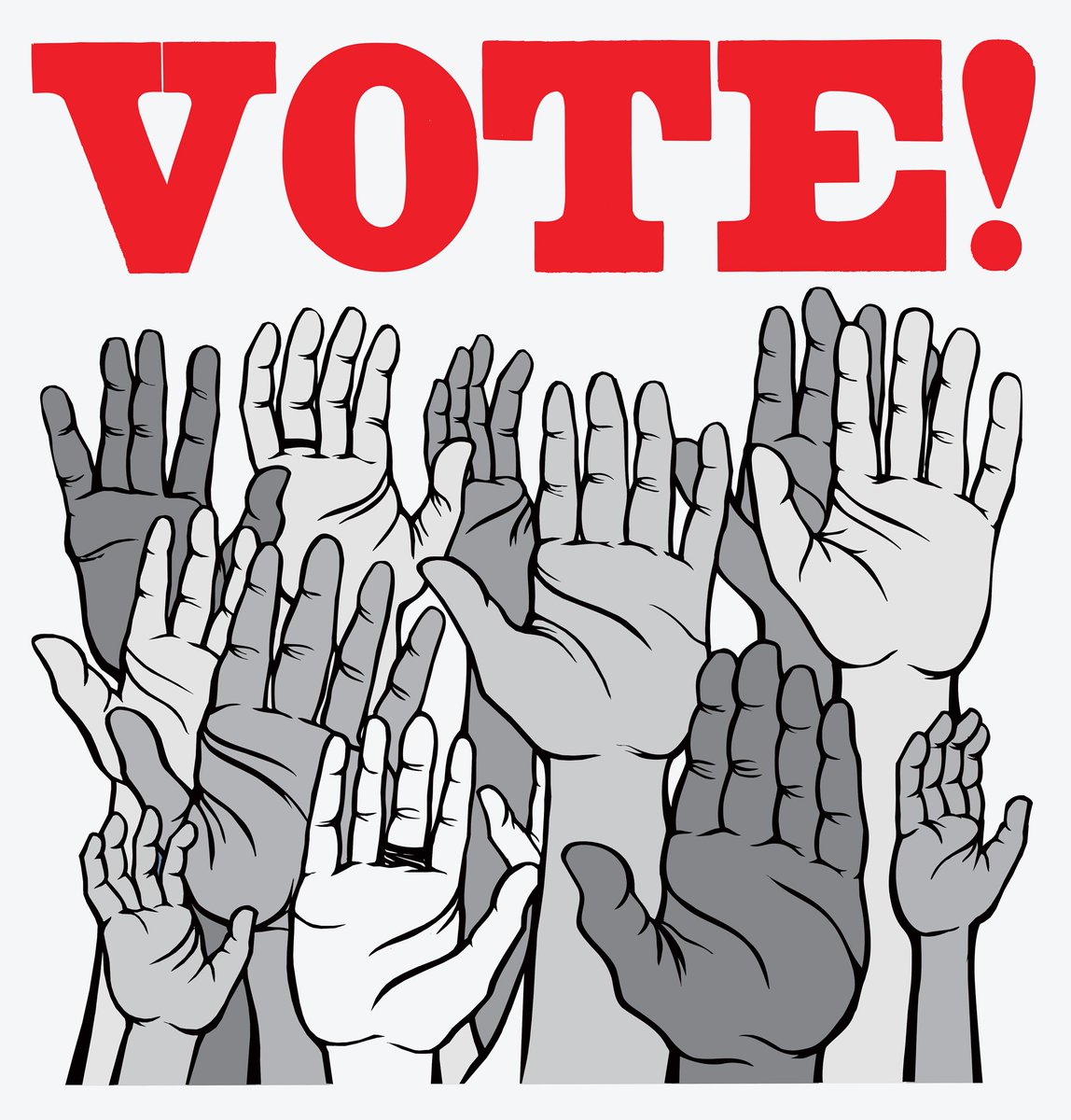 community knows how to vote in the November 8th, 2016 General Election.  This year Coalition volunteers and Member Organizations helped register voters at the rate of 1/day – that’s 365 homeless and unstably housed people (123 in June, 242 in the Fall) that are some of those who will be receiving ballots for the General Election! We want to make sure that each person who we registered, and anyone else you work with, know how, when, and where to turn in ballots, as well as what to do if they haven’t received their ballot. PLUS, we want to make sure that everyone votes YES on Seattle Prop. 1 for Mass Transit Now! !

HOW TO TURN IN YOUR BALLOT – including new BALLOT DROP BOXES:

The November 8th election is rapidly approaching and we at the Coalition are excited about one measure that you’ll find at the end of your ballot. Sound Transit (A Regional Transit Authority) Proposition No. 1 will be the very last thing on the ballot and we encourage you to vote yes!

In the past the Coalition has worked on other transit issues, including the ORCA LIFT fare and the Move Seattle transit measure. We care about affordable transit because it allows low-income individuals to access opportunities that they otherwise wouldn’t, it helps people survive and increases their ability to thrive in our community. Here are reasons why the Coalition is excited about Proposition 1: Voting yes on Sound Transit Proposition 1 will increase equity in our community by increasing opportunities for low-income and middle class individuals. This is the most cost effective way to expand transit and help people get where they need to go!

For more information on Proposition 1 visit masstransitnow.com and for updates on the campaign find them on facebook.

If you’re passionate about this issue and would like to volunteer with the Mass Transit Now! campaign you can sign up to doorbell, call voters, go to community events, do data entry or other important work here!

We’re on board, are you?

At last week’s Coalition on Homelessness General Membership Meeting, Coalition members were joined by Danielle Winslow from All Home who discussed with us the Coordinated Entry for All (CEA) program, which is run by King County. The goal of CEA is to connect individuals experiencing homelessness to housing in the most efficient way. It does this by using a standardized assessment tool to matches the right level of services and housing resources to the individuals seeking these resources. To learn more about the basics of the program and where Regional Access Points are located, visit www.kingcounty.gov/cea.

Calling 2-1-1 to schedule an assessment appointment for Coordinated Entry for All (CEA):

For more detailed information on CEA visit this link.
You can also click here for more information about King Count 2-1-1 and to view their lists of resources online. Vote YES on Prop. 1: YES for Homes!  It’s the last item on your ballot, but the most important!

The Housing Levy is the single most important source of funding for affordable housing in Seattle. Your YES vote renews the levy for another 7 years. See www.yesforhomes.com for more information. (the campaign needs your help and you can sign up online to volunteer!)

Ballots can either be mailed in (with first-class stamp, postmarked by Tuesday, August 2), or dropped off at a Ballot Drop Box by 8 p.m on Tuesday, August 2. Drop boxes are open 24 hours/day.

Big thanks to all who were able to join us for last month’s Families with Children committee meeting. As always, it was great to see a room full of familiar and new faces!

We were joined by Mary Dunbar from Kids Plus (Public Health – Seattle & King County), who offered a training on working with guests to address their mental health needs. Danielle Winslow (All Home) provided timely Coordinated Entry for All updates with the group. Highlights and resources from these two folks are below:

Danielle joined the committee to update the group on the latest updates to Coordinated Entry for All in King County. The latest handout for stakeholders in the community can be found here, and below are some additional updates:

Every year we advocate for more shelter and expanded shelter hours. Your advocacy in the fall helped open the 420 4th ave shelter (Zombie Building) for 50 beds, now spread the word that these 150 beds are open until further notice! See details below, PRINT & POST THIS PDF, and contact Janice Hougen with any questions.

Open Every Until Further Notice

Open Every Night Until Further Notice